A very striking car which incorporates various unusual and very appealing design features. Sporty in appearance, sharp and lovely in condition and running very well. One of the very first Derby Bentleys built, originally bodied by Park Ward, the current Barker body was built for a slightly later 3½ Litre in 1935, but transferred to this car in the 1950s. The car features very sleek wing design, shallow windscreen, some very attractive body mouldings and swage lines to the scuttle and bonnet (which are also louvred), the rear quarters and the doors, too have sweeping, curved lines, enhanced by colour division. Early photos of the body when mounted on B178DG, although black & white, suggest a very similar colour scheme to that still on the car. These photos, together with shots of various documentation, an old logbook, etc, can be seen on the 'More Photos' page. The paintwork, chrome plating, upholstery, woodwork and cosmetics generally are all excellent, and the fitment of a full set of 'Ace' wheel discs and a 'clam shell' spare wheel cover, correct P100 headlights,the facility for mounting luggage on the lid of the already quite spacious boot, all add to the car's practicality. Excellent, probably unique and a very rare opportunity to acquire such a special specimen. The car has a recent aluminium cylinder head and we have just fitted five new tyres and heavy duty tubes. Serviced, prepared and offered newly MoT tested.

Snippets: Embiricos, Potatoes & Extravagance
The first owner of B17AE was A H Embiricos a scion of the Greek shipping & finance family whose brother Andre M. Embiricos commissioned and raced the Paulin designed & Pourtout built Bentley; the love of cars ran in the family as their cousin Nicholas raced an ERA alongside a Bugatti Type 57S! B17AE was only with A. H. Embiricos for a short time before it acquired by L. F. Stone who registered the car at his club – The Guards on Brook Street so little is known about L. F. Stone. During WWII the body on B17AE had been converted to a that of a Utility Van and was used by Messrs Mash & Austin Ltd of Covent Garden – the earliest reference found to this company is from the early 1800s when an Admiral in Lord Nelson’s fleet owed the sum of £3/7/6d to Mr. Joseph Mash! The firm’s name was change in August 1873 when Henry John Mash (then living in Beaulieu) married the wealthy Miss Lucy Austin of Beaconsfield enabling them to acquire two farms where they grew their own produce enabling them to widen their customer base to include hotels and restaurants. In 1947 Hugh Curtis, a vet from Hungerford acquired B17AE and in 1958 the car (with the Utility body) was used by Mr Curtis at the Policy Motor Driving School in Hendon – this was an annual event and comprised of concours events and driving ability competitions in which B17AE took place as participant Nr. 20! The bodywork on B17AE was originally on B178DG which Mr. Curtis also owned - B178DG had been built to the exacting specifications of Lady Dorothy Roll & by coincidence her stepson (Jack Roll) owned B101MX which we also have here! Lady Dorothy was the widow of Howell Thomas Ball - he was killed during WWI in 1915 – Dorothy married Sir Cecil Roll in 1927 but by June 1932 Sir Cecil had placed a notice in The Times that he would not be responsible for any contracts & expenditure entered to his accounts by her – this did not appear to stop her buying B178DG in 1935 and a photo of the car is shown in the Illustrated Sporting & Dramatic News. When Sir Cecil died in 1938 his estate amounted to some £460,000 and the majority of it was divided between his 3 sons and not his extravagant widow...... prior to Sir Cecil’s death she had ordered a Rolls-Royce 25/30 - GAR22 & shortly after his death a Wraith - WLB2! 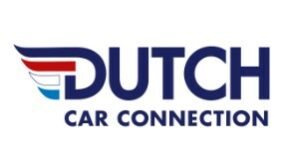